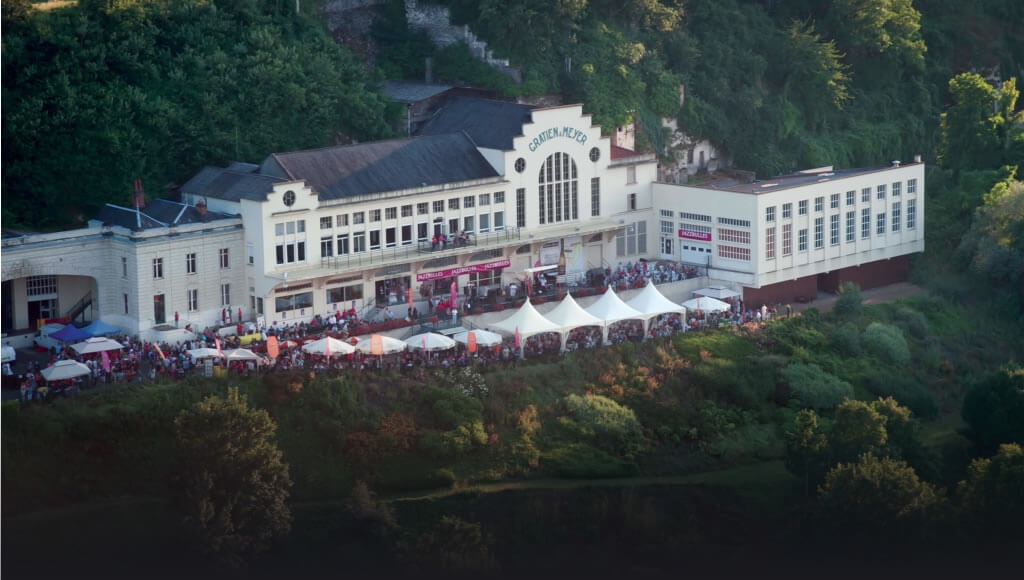 Gratien & Meyer exclusively hand harvests their grapes of the Cremant de Loire and ages the wines for a minimum of 12 months, resulting in crémants of incomparable aromas and quality. 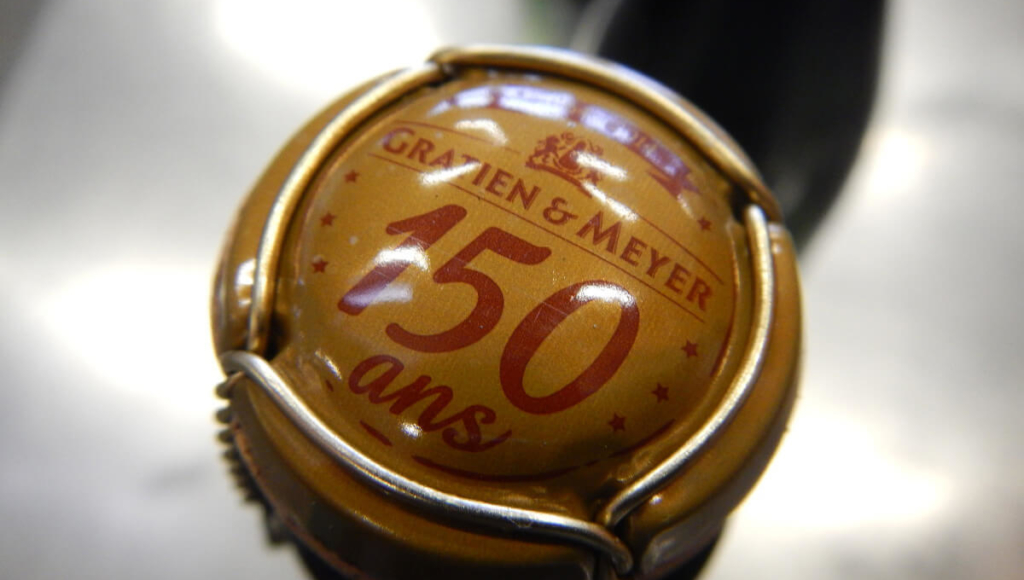 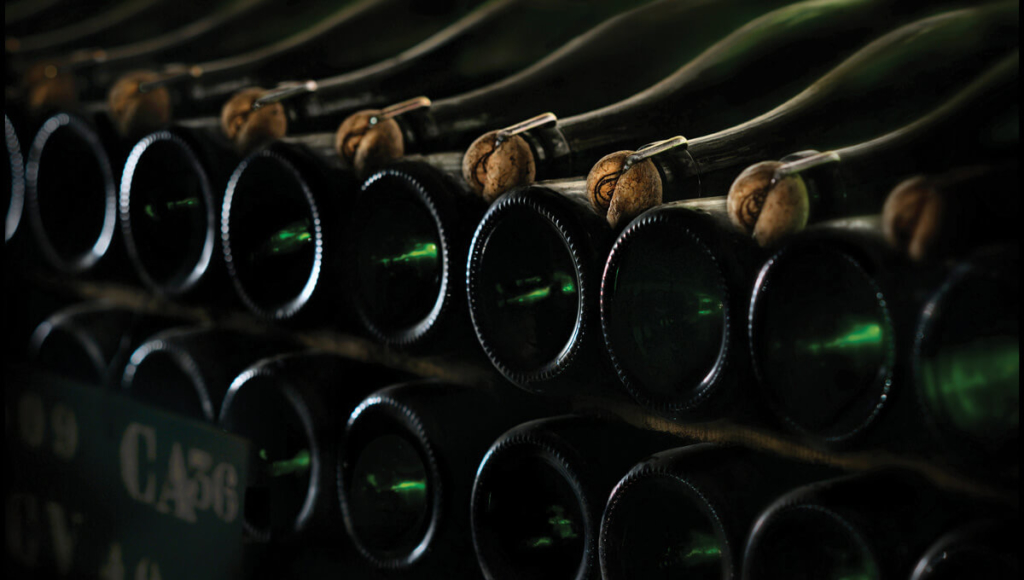 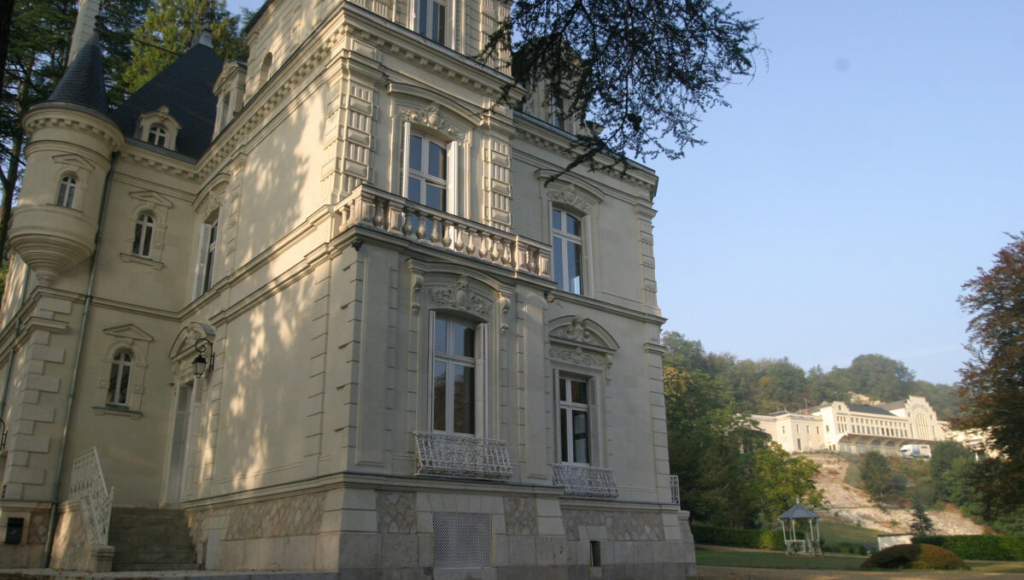 In 1864, Alfred Gratien built his cellars on the Saumur hillside, in the ancient tuffeau tunnels. Originally a mining site, these stone quarries were used to build the region’s various monuments including the Château de Saumur. The quarries had been abandoned for several years when Alfred Gratien purchased the estate and became the owner of 50 acres of vines and 3 miles of tunnels. It was then that he began the production of sparkling wines in Saumur. After establishing a second House in Epernay that same year, he also began producing champagne.

Sometime later, he met Jean-Albert Meyer, who was a winemaker’s son from the region of Alsace. The partnership between these two extremely passionate men helped the company grow exponentially, making the work of Alfred Gratien more sustainable. In 1884, Mr. Gratien started to work on the château Gratien, but died before its completion in 1885, leaving Jean-Albert Meyer as the General Manager of the cellars. Under the direction of Mr. Meyer, the business was prospering so well that, in 1886, Mrs. Gratien decided to make him her business partner and the name of the cellars was changed to Gratien & Meyer.

Over the next 120 years, the winery was managed by the Meyer family, passed down from one generation to the next. In early 2000, the family, wishing to further advance Gratien & Meyer, sold the winery to the German ﬁrm Henkell & Co.

Today, Gratien & Meyer cellars, proud of their 150 years of tradition, are resolutely focused on the future. The handover breathed new life into the company through modernization and investment in new constructions, including the renovation of the facade of château Gratien and its grounds, the installation of new production equipment and the creation of a reception area called the “Balcon Sur Loire”.

With a view of the sunny Loire Valley as its backdrop, the Gratien & Meyer maison is a majestic sight. Gratien & Meyer’s Saumur vineyard brings together 3700 acres, spread over 93 communes, that run along the south of Saumur. Dominated by Chenin Blanc and Cabernet Franc, the vineyard is primarily known for producing white wines. Though not native to the land, the origin of the Cabernet Franc grape dates back to 990, when it was ﬁrst imported from Bordeaux by Brenton sailors.

The Loire plays a key role and gives the region the famous “Anjou sweetness”, lauded by the poets Ronsard and du Bellay. Surrounded by exceptional land comprised of several Controlled Designations of Origin, the Crémant de Loire designation is made up of primarily Chardonnay and Chenin Blanc covering a large part of the Loire valley.

At Gratien & Meyer, modern technologies are used only to improve traditional methods. From bottling to packaging and aging in the cellars, all stages of production happen right on site in the hillside of Saumur.

Gratien & Meyer exclusively hand harvests their grapes of the Crémant de Loire and ages the wines for a minimum of 12 months, going beyond the legal requirements, in order to allow their aromas to fully develop. This results in crémants of incomparable aromas and quality.