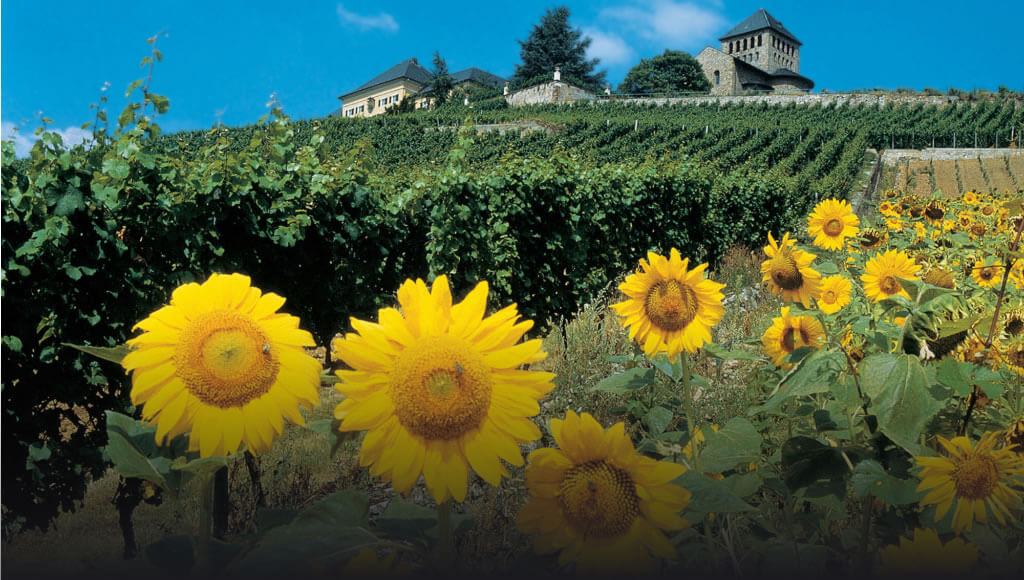 Established in 817, Schloss Johannisberg is the first Riesling estate winery in the world. It is attributed with discovering Spätlese (late harvest) in 1775, and today, the winery remains focused on crafting diverse Rieslings that reflect the inimitable character of the Rheingau. 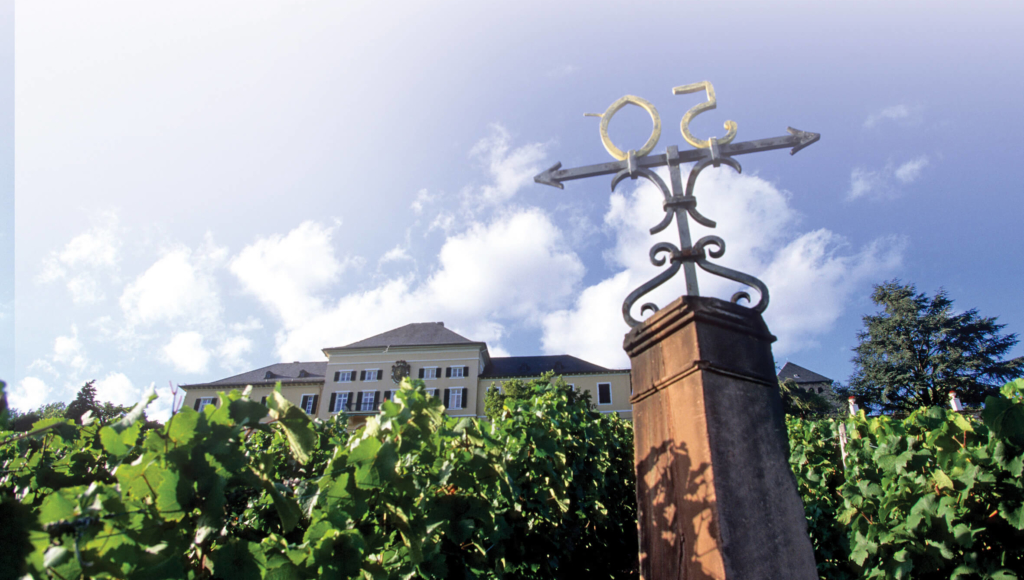 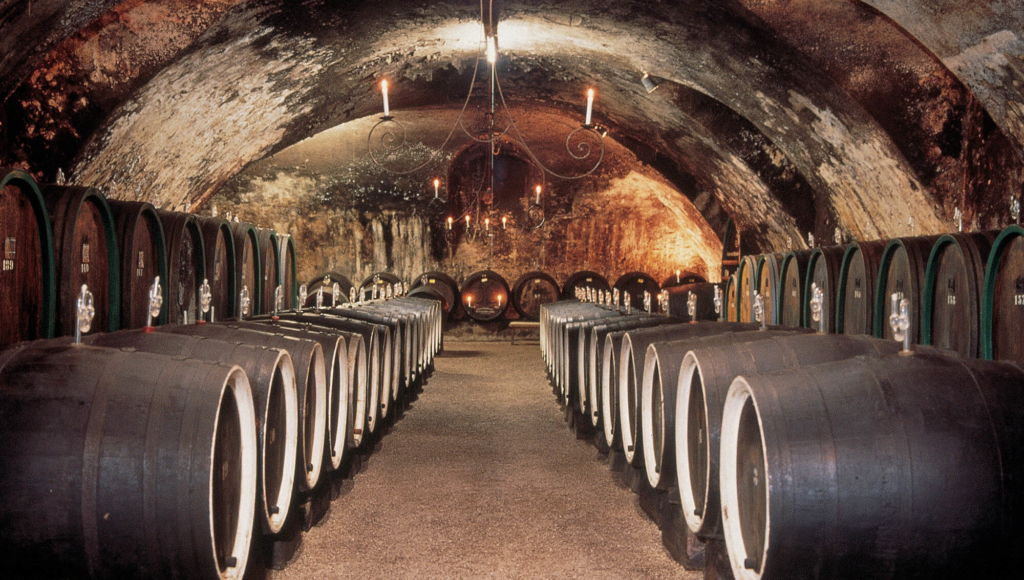 Few wine enthusiasts probably realize that with every sip of Riesling from Schloss Johannisberg, they are enjoying the legacy of nearly 1,200 years of history that involves a monastery and a palace – both of which have a great wine history. The ﬁrst documented wine harvest was in A.D. 817. Louis the Pious was delighted with the 6,000 liters of wine from the vines on the hill, then known as Bischofsberg (bishop’s hill). Nearly three centuries later (circa 1100), the ﬁrst Benedictine monastery in the Rheingau was founded on the hilltop and the monks diligently tended the vines on the slopes below. In 1130, they consecrated their abbey church in honor of John the Baptist, after which the hill, the monastery and the village assumed the name Johannisberg (John’s hill). In 1716, the Prince-Abbot of Fulda at that time had the monastery torn down and a Baroque palace built on the site. Parts of the nearly 900-year-old abbey cellar remained intact. After restoring the vineyards in just two years (1719/1720), 294,000 Riesling vines were planted. It is thanks to their efforts that Schloss Johannisberg is justiﬁably the ﬁrst Riesling wine estate in the world.

Riesling heralded the start of a new era of viticulture in the Rheingau – and not only there. Schloss Johannisberg’s recognition of the beneﬁts of a Spätlese (late harvest) came about by accident. Every autumn, the head monastery in Fulda sent a courier on horseback with orders on when to begin the harvest. In 1775, he was delayed. By the time he arrived in Johannisberg, the ripe grapes were infested with mold – noble rot – yet they were harvested and pressed. The monks thanked God for the phenomenal results and erected a monument to the courier in the courtyard. The Prince-Abbot issued an edict that henceforth, the grape harvest should always take place this late.

Connoisseurs all over the world owe thanks to the Rheingau wine experts for further developing the practice of selective, late harvesting: Auslese (1787), Beerenauslese, and Trockenbeerenauslese, as well as Eiswein, which was ﬁrst harvested in Germany at Schloss Johannisberg in 1858.

The forest on top of the Taunus protects the vineyards from cold winds from the north. In the south, the Rhine lays like a lake in front of the estate on the foothills. The 50° parallel runs directly through the vineyard and its unique soil drains water and maintains temperature for perfect minerality in Riesling.

Long before printed labels were common practice, Schloss Johannisberg had its own system of distinguishing among its bottlings through the use of colored seals. Introduced by Fürst von Metternich in 1820 and still in use to this day, the quality of a wine, based on the ripeness of the harvested grapes, can be identiﬁed according to color.